Well hello!  Long time no see!
It's been a while since I've posted, and a lot has happened.  I'll fill you in quickly.

To start, I'm just over six months pregnant.  So that happened.  We are super excited about this new bundle of joy, and are looking forward to what the future holds.

Oh, and I'm a vegetarian.  For the time being.  I went and watched What The Health on Netflix and boy did that do a number on me.  It changed my family's eating habits as well - they're still eating meat, but milk?  Not so much.  Watch the documentary, you'll understand.

Anyways I'm hoping the vegetarian thing doesn't stick permanently.  I'd like to get to a place where I am informed about what I am putting into my body, and that includes meat - where the animal was raised, how it was raised, and where it met it's demise.  I'm not there yet, in fact I'm quite enjoying the many vegetarian options, but all in due time.

I made this recipe the other day, and it was delicious. 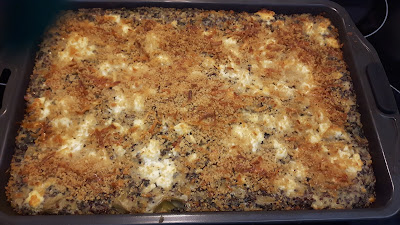 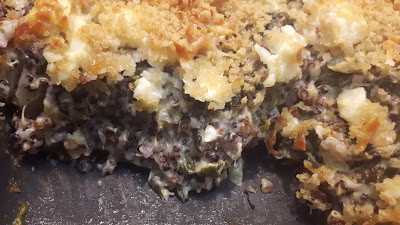 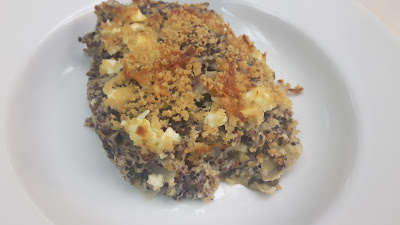 I changed a couple of things - I used 120g of Edam and 120g of smoked Gouda as my cheese.  And instead of cream cheese I used Sheese Herb & Garlic which is a non-dairy cream cheese-like spread. Other than that I pretty much followed the recipe to a T and it was great!!

Stay tuned for more vegan and vegetarian recipes...and hopefully some carnivorous ones in the near future.

In the meantime, I'll leave you with a pair of shoes that our teenage daughter picked out for the baby today.  So cute... 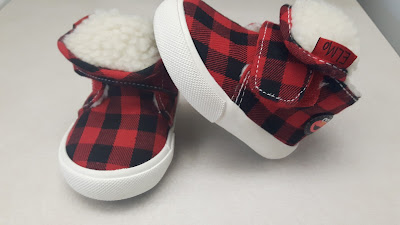